** A 3D bespoke or home 3D printer is a device which operates by depositing material which is in liquid or semi liquid form from the print head. Printers belonging to this group include all 3D printers intended for personal use such as the Makerbot Replicator, with melted plastic being the main material used.**

There are currently more than 150 home 3D printers on the market with prices ranging between 300€ and 5000€. They may be sold already assembled or as a 3D printer kit which must be assembled into the functional apparatus. It is also possible for individuals possessing the necessary skills to make their own printers thanks to project Rep Rap, with such devices being known as DIY printers. 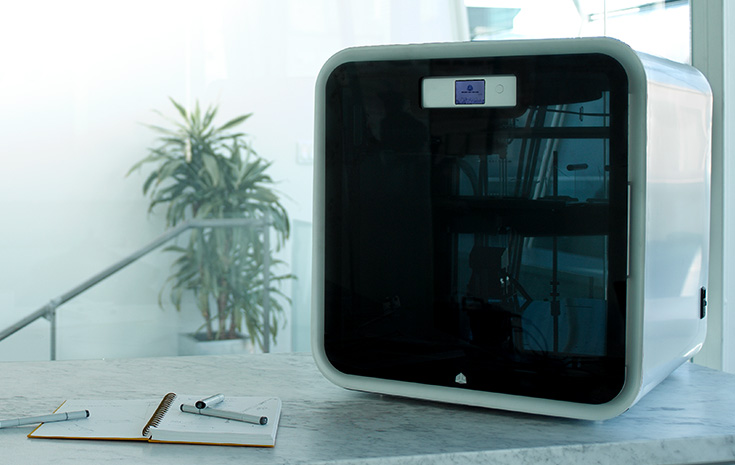 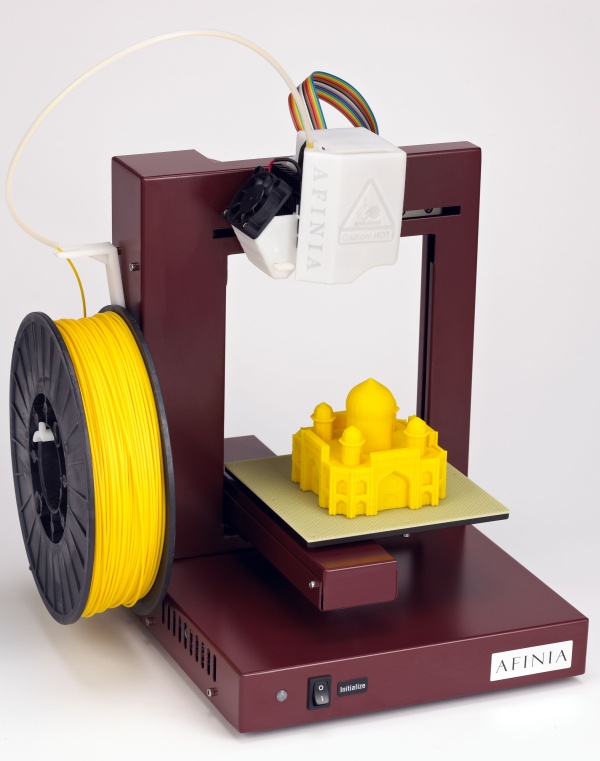 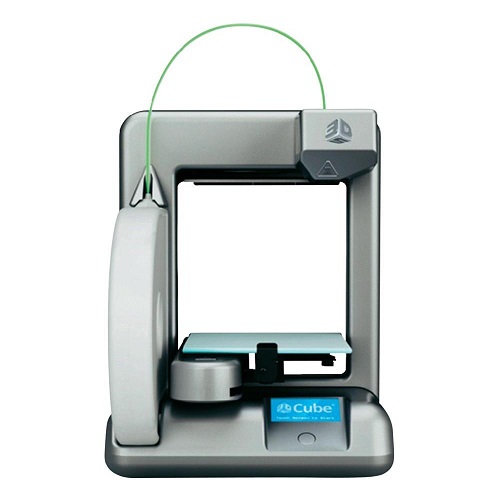 The components of a 3D printer kit

### Printing bed The printing bed refers to the support on which the printed object rests during the printing process. Unheated printing beds are often covered with an adhesive tape to stabilize the printed object. Heated printing beds keep the object warm and in contact with the platform with temperatures varying between 40°C and 110°C, depending on the material used. ### Extruder The extruder is the part of an open source 3D printer which feeds the plastic filament to the heated nozzle. It does not extract the plastic material used. It may be paired with the heated nozzle or assembled separately.
Double extruders make it possible to print two materials or colours simultaneously. Although this is a generally costly option, certain 3D printers such as the Ultimaker have been designed to use several nozzles. ### Heated nozzle The heated nozzle is made of a heating device a thermometer and a nozzle through which the plastic filament passes. Once the heated material leaves the nozzle it cools immediately. The size of the nozzle may range from 0.2 mm to 0.8 mm, with the smallest sizes providing printing of the highest quality.

### REP RAP RepRap is one of the most successful manufacturers in the 3D printing industry. A key distinguishing feature of RepRap kits is their ability to auto-replicate - Reprap 3D printers come in the form of desktop 3D printers and possess the ability to reprint each individual component. This means that once a RepRap kit has been purchased it is possible to create a completely functional replica for someone else who can also repeat the procedure. As a result, it has been possible to spread Reprap 3D printers all over the world with the Huxley model being one of the brand’s most popular desktop 3D printers (Full RepRap kits are priced at approximately $600 each, while users who already possess their own 3D printers may purchase a printable RepRap kit at approximately $475, enabling them to print and assemble the components to create their own RepRap 3Dprinter). Approximately 25% of users of 3D printers make use of RepRap products.

### MAKERBOT MakerBot is a recognised 3D printing kit manufacturer with the high end 2/2X Replicator being its key product. A 3D Makerbot printer, costs $2 800 with its focus on design and functionality enabling it to stand out among the competition. ### SOLIDOODLE Solidoodle Is a manufacturer of 3D home printers which offers a range of printers from approximately $500 with those equipped with more features being more costly. An organization which is currently in its third generation Solidoodle has grown to now provide an extensive range of printers capable of handling more materials and the same resolutions as printers in the $ 3.000 range.

### TINKERINE Based in Vancouver, Canada, Tinkerine’s brand is known as Idem with printers available at $900. Buyers also have the option of purchasing an assembled printer kit for an additional $500. The Tinkerine community also provides a selection of ready to use models which can be downloaded for use. ### PRINTRBOT Printrbot](http://www.3dilla.com/printrbot/) offers a more competitive entry price range for its 3D printer starting from $400. With a rapidly growing community in Europe and North America, the company has also taken the step of providing additional incentives in the area of education in order to promote the concept of 3D printing in schools colleges and universities.

### FORMLABS Formlabs was created to cater to professional users with the launch of their flagship product Form 1 expected to take place in May 2013. It is currently available for pre-order and costs approximately $3299 with additional benefits available for Kickstarter clients. ### FAB HOME Fab @ Home is a 3D collaborative project currently gaining recognition on an international level. Its product the M3 printer is available for approximately $4000 with a double syringe version available for $4500. It also is engaged in a rapidly growing software development enterprise. Assembled to set specifications, the M3 is capable of printing cake frosting and cheese and is popularly used for culinary purposes.